After America wins its independence…

Some people are rightly concerned that winning our independence from the foreign owners of US Corp and the Federal Reserve might disrupt society, affecting its many services, the money supply, and the economy. THE TASK FORCE has researched this matter extensively and has formulated a solution.

Note: We must not allow civilization to implode. Maintaining the status quo in the many areas of government and society during transition of ownership is necessary to ensure the continuation of harmony and productivity. Only then can America become great again. Only then can our civilization achieve unimaginable heights.

The offer of amnesty to the owners of US Corp and the Federal Reserve for crimes committed is conditional. Our collective petition for separation includes a gradual withdrawal of NWO (New World Order) influence so that the transfer of influence and control of society and government to THE PEOPLE is seamless. Immediately, only two things will change:

Note: Transferring ownership of America and its assets back to THE PEOPLE is a tall mountain to climb. However, it can be achieved if THE PEOPLE want their independence. We simply have to reach out and inform our friends, family and neighbors. Winning our independence fromthe owners of US Corp and the Federal Reserve will become a reality when 100 million Americans become aware of the information featured in The Brochure and the new Declaration of Independence.

Once the transfer of ownership of America and its assets back to THE PEOPLE is accepted and normalcy is assured, THE TASK FORCE will ask Congress and the President to adopt and administer the following 14 policy measures, henceforth referred to as “Directives.”

Note: If the new Declaration of Independence is adopted, the foresight, initiative, proven insights and leadership of THE TASK FORCE should win favor and influence with Congress and the President.

Analysis: THE TASK FORCE (or some other body) will likely fill the void of the OPERATIVES who presently work on behalf of the owners of US Corp and the Federal Reserve. The difference would be that the new advisory body would work on behalf of THE PEOPLE.

Although these Directives are policy measures, they are not founded on politics. Rather, they are essential ingredients in the health and longevity of nations.

Note: The 14 Directives are analogous to sunlight, water, temperature and the individual nutrients that plants require to grow and remain healthy. They are not optional. They are necessary for life and longevity.

The 14 Directives necessary to ensure the health and longevity of America!

The Patriot Party® is an emerging political party that endorses the application of Gravity Theory and the Bidirectional System as the way to resolve America's social, financial and political problems.

Spring-Gravity Theory® is a marketing group that applies the teachings of Humanology® in crafting marketing plans and advertising campaigns for the largest companies and nation-states worldwide.

That breakthrough is featured on the Humanology® website. More and more organizations are adopting the knowledge offered by Humanology®.

It's Not About Love is a musical written for high school and college students. It reveals the secret to success in romance and fulfillment in marriage. It's message is based on the knowledge and discoveries of Humanology®.

Idea Songs is a group of songwriters that applies Humanology® in crafting songs, with an eye on making the most impact and maximizing audience appeal.

Professional Songwriter Group is an association of lyricists and composers that study human nature and incorporate that knowledge into their musical works, making their products more impacting on the listening public.

Back On Top Music is a publisher of music that works only with authors who understand and incorporate what we now know about human nature.

Magyar Music is a music act that incorporates Humanology® when crafting its songs.

More and more organizations are adopting the knowledge offered by Humanology®. The author of Humanology®, Don Magyar, can be contacted directly by going to his website.

His books are individually titled and can stand alone, yet they are part of the Humanology® series, published by Permanent Publications. 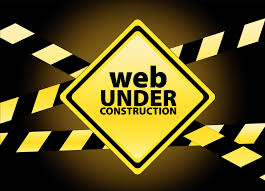 The 14 Things on which Patriots Agree

“These are not planks of a platform. They are directives in a plan of action.”

On these 12 Directives Patriots stand!